2018 – A year of Anniversaries and Celebration in Ardclough!

2018 – A year of Anniversaries and Celebration in Ardclough!

This year is a fantastic time to reflect on just how much Ardclough GAA has achieved in its lifetime.

The club has of course contributed enormously to the community, on and off the sporting field since its beginnings way back in 1936.

You can relive the magic of the 1968 final by enjoying the match report below. 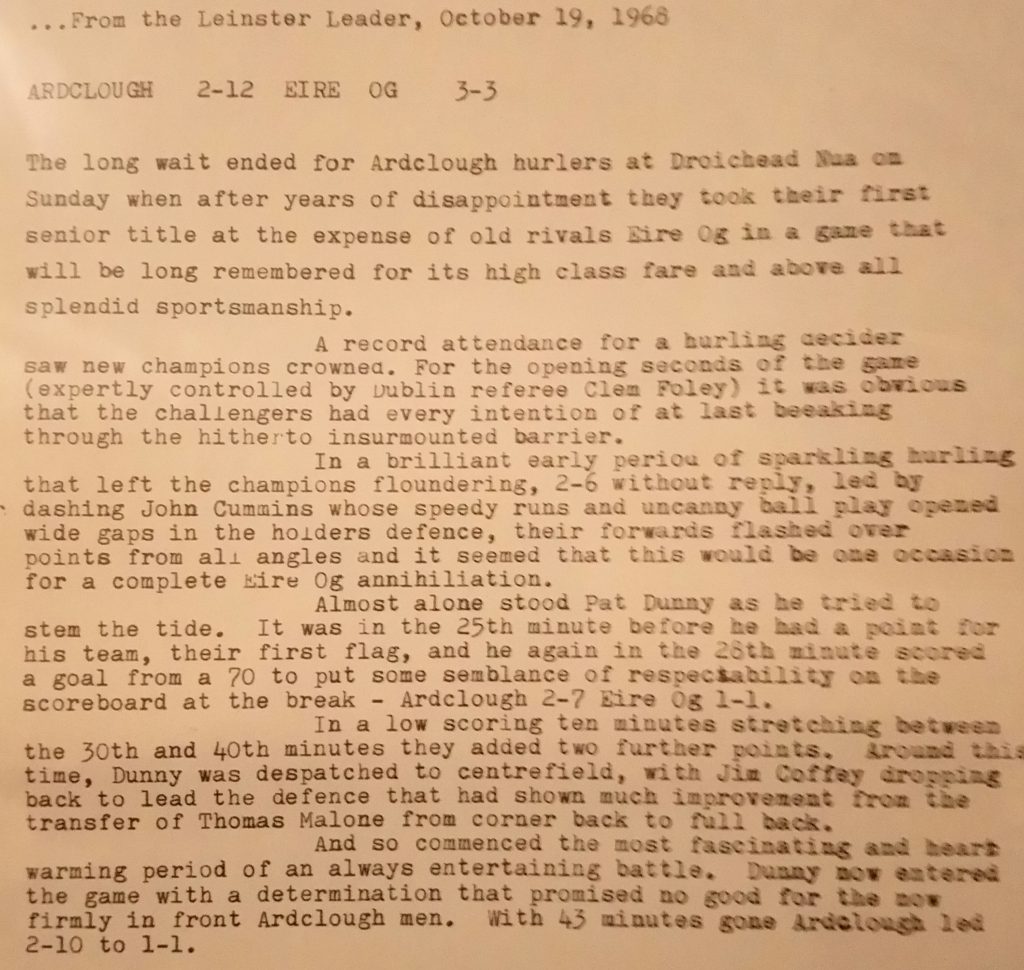 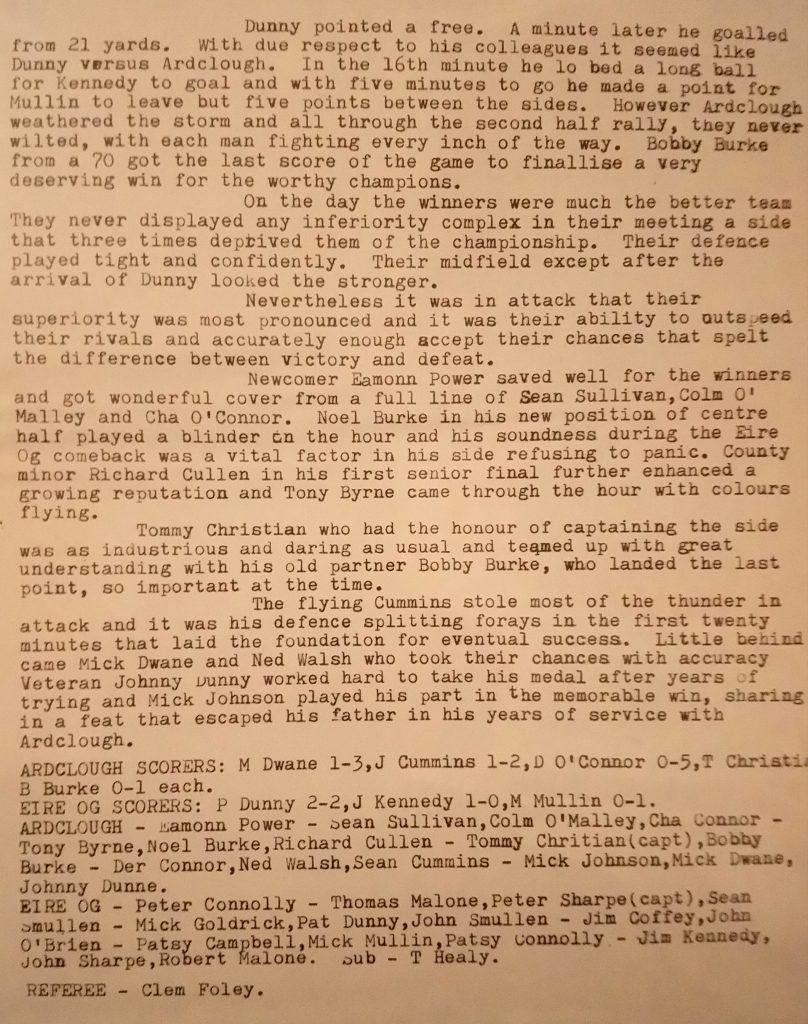 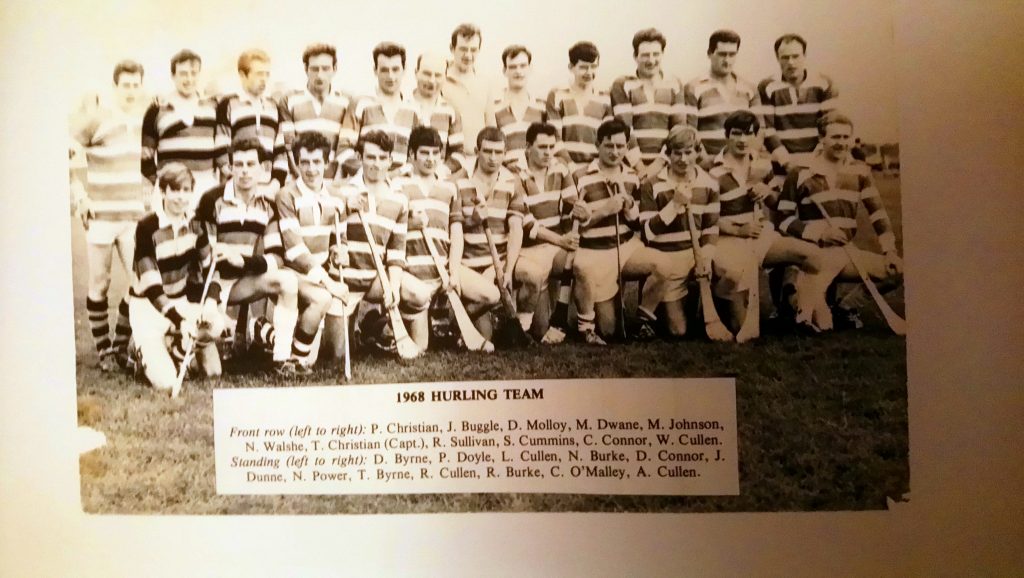 The 1968 win against a very strong Eire Og side was to prove the launching pad for some fantastic success on the hurling field for Ardclough that was to see the club collect many more honours. It also sparked off an interest in hurling and camogie at all ages and levels. Indeed by the end of 1968 Ardclough’s trophy cabinet boasted not only the Junior Football Championship and Intermediate Football League awards, but also the Camogie Championship, Senior Hurling Championship and Minor Hurling Championship Trophies!

It no doubt influenced a younger generation who 25 years later brought another glittering prize back to Ardclough..the Feile All Ireland Title in 1993.

Winning the Bord na nÓg Kildare Final against Naas in 1993, the Cloughs went on to represent Kildare at Féile which was being jointly hosted by Galway and Mayo. Having reached the semi-final stages the previous year, the team were determined to go further in 1993.

And indeed they did, comprehensively beating all opposition to make it an all Leinster final with Trim of Meath. Despite losing a goal early on, Ardclough roared back to win the final by 4-3 to 1-4 to take the trophy home to Kildare. To cap off a fantastic year, the team then went on to add the League Final Cup to the trophy cabinet.

Have a read of how the tournament progressed below. Some year for the club! 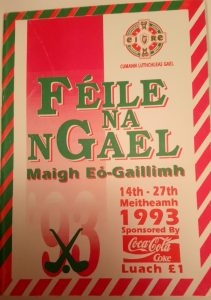 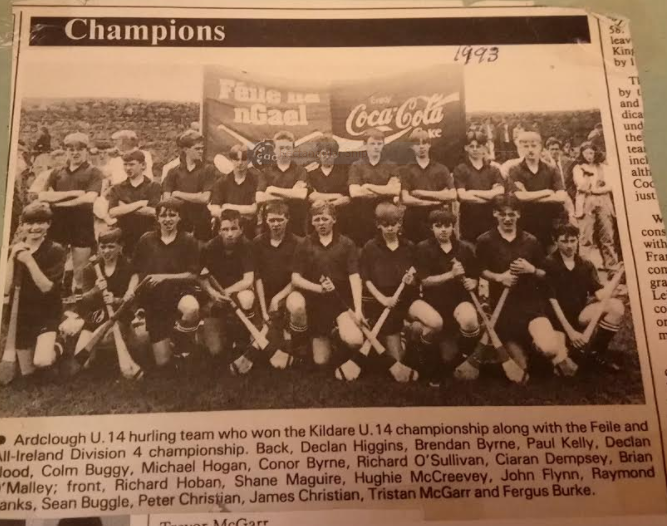 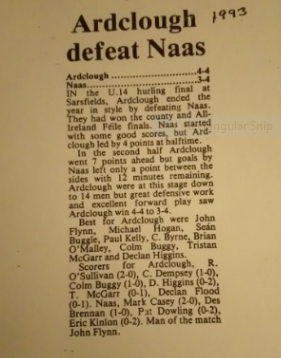