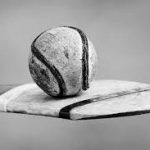 There is a busy week ahead for both the Senior and Intermediate Hurlers with both teams facing league semi finals over the course of two days. The Seniors are up first on Tuesday when they face a tricky away against Naas who have appeared in the last two league finals. Throw in tomorrow night is at 7:30pm. Then on Thursday night the intermediate hurlers face Celbridge away look to put their recent loss to Celbridge behind them. Throw in on Thursday is also at 7:30pm. Please go along and support both teams in their bid to reach their respective finals.