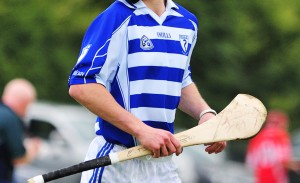 Naas put in strong performance to win away to Ardclough in the Senior Hurling League.

This deferred round 4 clash, which originally fell foul of a waterlogged pitch on the 1st of May, was dominated much by Naas in the opening half.

Aided by a strong wind in the first half, they used it to their advantage, outscoring Ardclough 0-09 to 1-01 by half-time, with Tony Spain getting the goal.

Ardclough were much improved in the 2nd half and were hurling well, cutting the gap to two points, until a late rally by Naas saw them stretch their advantage two nine points by full-time, thanks to goals from Peadar Downey and Tom Ryan and six scorers in all making up Naas’s 2-15 total.